What is the recommended process route to reach 0.5% sulfur IMO target in bunker fuels?

The technology approach for each refiner will depend heavily on existing configurations and local market conditions.

Refiners who wish to exit the bunker market all together will utilize residue destruction technologies to convert bunker molecules to lighter products. The technology options for both residual fuel desulfurization and destruction are commercially proven, and can generally be categorized as taking either the “carbon-rejection” or “hydrogen-addition” route, and offer refiners a wide range of conversion potential and capital intensity.

Axens is in a unique position, offering technologies for both the carbon rejection and hydrogen addition pathways: 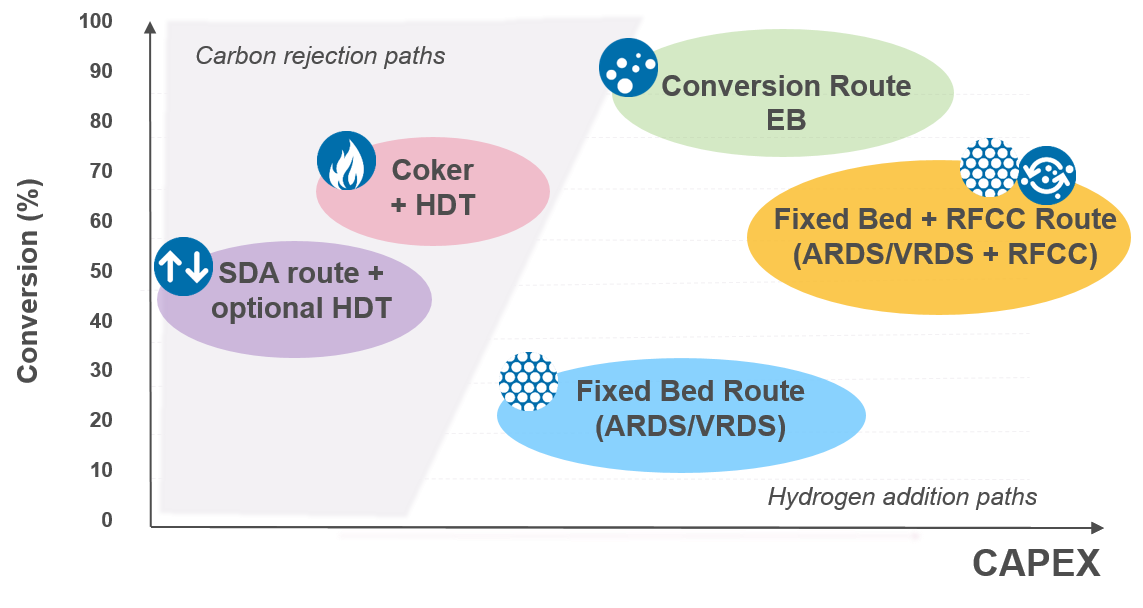 The two carbon-rejection technologies are Coking and Solvent DeAsphalting (SDA), with the former thermally rejecting residual carbon as a solid product (coke) and the latter utilizing paraffinic solvent(s) to reject heavy asphaltenes and resins to a viscous liquid “pitch” product consumed mostly for road asphalt and cement kilns. The liquid products from both technologies require further processing to meet both road transportation fuel and IMO compliant LSFO specifications. 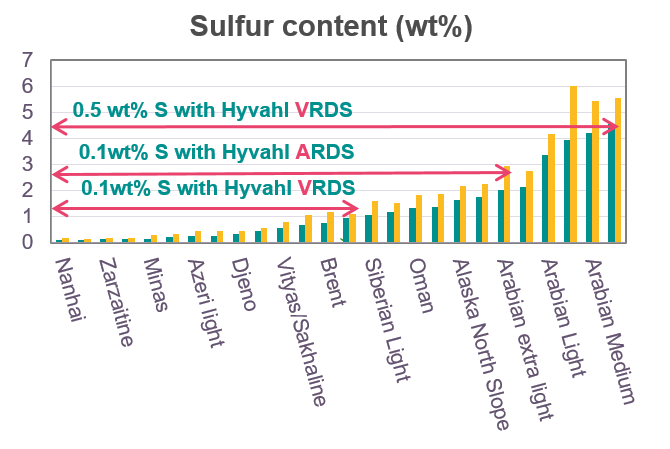 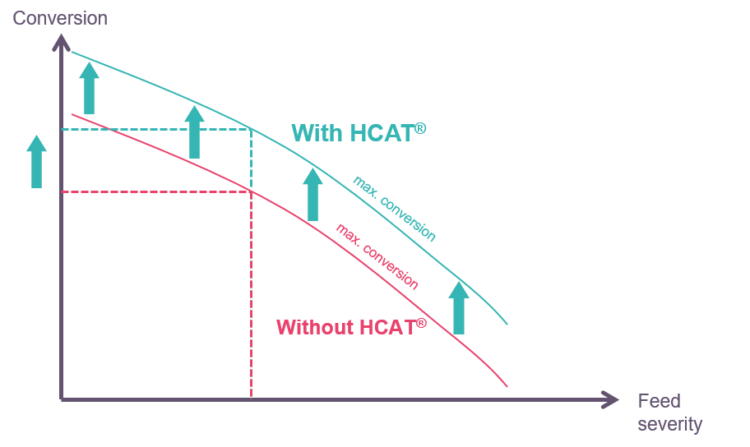 Max conversion is defined by stability limit. With HCAT® stabilizing effect, the maximum conversion at same stability is higher for a given feed severity.

In a bunker fuel context, compliant marine fuels can be produced by both the VGO and residue portions of the H-Oil® effluent. H-Oil® VGO is a stable, IMO-compliant fuel direct from the fractionation section, and unconverted residue can produce a stable, compliant fuel when blended with low sulfur blendstocks such as light cycle oil. 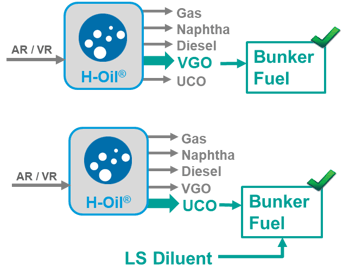 The H-Oil® process has been commercially proven with over 1 MMBPSD of licensed capacity and over 230 unit-years of operating experience. Recently, the versatility and flexibility of the technology has resulted in its selection for major residue conversion / crude to chemicals projects including by Shenghong Refining & Chemical (Lianyungang) Co., Ltd and Hengli Petrochemical Co. Ltd in China.

With the inherent uncertainty of sweet/sour spreads for both bunker products and crude costs, the refiner with the flexibility to not only produce LSFO but to couple its production with the flexibility to increase conversion of heavy, sour feeds to higher-value road fuels will have a long-term competitive advantage. The H-Oil® suite of technologies offers that long-term flexibility to shift the product slate between maximizing bunker production or conversion to lighter road transportation fuels.