On The Road to Sustainable Aviation Fuel 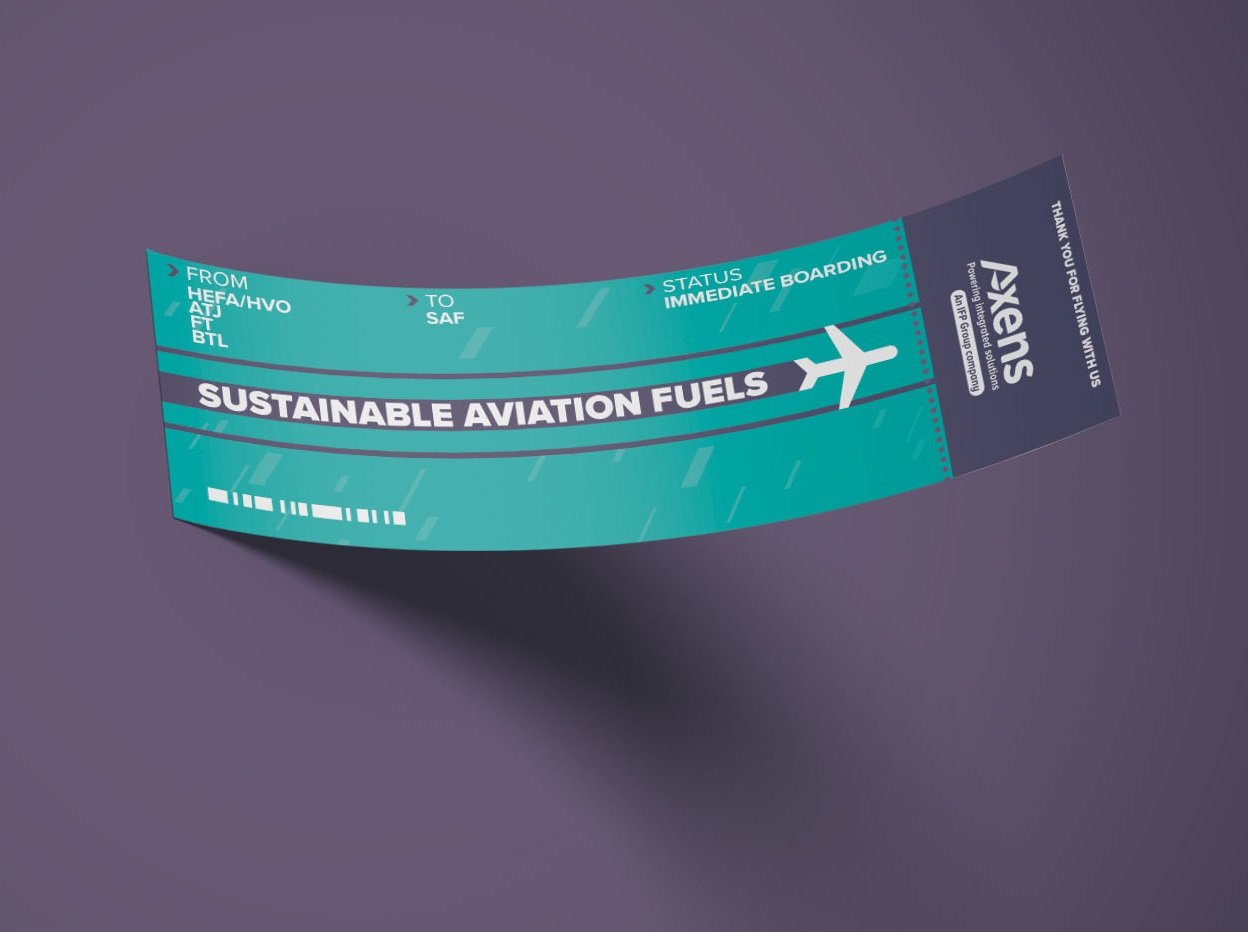 To Reach the Global Target of 11 billion Liters of SAF in 2030, Choose Axens as a Trusted Partner.

Despite the unprecedented drop in global air traffic due to the Covid-19 crisis in the past years, passenger numbers and cargo volumes are anticipated to increase in the coming decades. The International Civil Aviation (ICAO) has updated its growth forecast for global air passenger numbers post-Covid using three scenarios (low growth is 2.9%, medium is 3.6%, and high is 4.2% per annum). At the same time, aircraft and operational efficiency are expected to improve by 1.8-2.0% per annum.

Greenhouse gas (GHG) emissions from aviation contribute to 2% of total GHG emissions, with just over 600 Mt of carbon dioxide (CO₂) production in 2020. The ICAO has set ambitious goals to reduce aviation net CO₂ emissions by 50% by 2050, compared to 2005 levels.

In addition, in 2021, the global air transport industry, through the ATAG (Air Transport Action Group), adopted a long-term climate goal of net-zero carbon emissions by 2050, confirming the commitment of the world’s airlines, airports, air traffic management, and the makers of aircraft and engines to reduce CO₂ emissions in support of the Paris Agreement 1.5ºC objective.

While a range of technical, operational, and behavioural solutions are required to reduce aviation emissions, it is recognised that liquid fuels will continue to be the dominant fuel for air travel through to 2050.

What is SAF, its market perspectives, and how to produce it?

SAF is an alternative to fossil jet fuel and a promising solution to decarbonize the aviation sector.

It is produced from either:

SAF is a drop-in fuel, meaning it can be blended with traditional jet kerosene (currently up to 50 vol%), and the blend does not require equipment change, special infrastructure, or modification of the supply chain, therefore limiting supply-chain investment requirements.

According to the IEA, SAF currently accounts for 0.1% of global jet fuel consumption.

The primary drivers for future SAF market development are listed below, resulting from the basic realisation that producing SAF is currently more expensive than producing fossil-based jet fuel. A combination of consumer pricing, regulatory, and incentive programmes is therefore required to expand SAF production, regardless of the pathway.

Major corporate organisations are in some cases partnering with airlines and migrating upstream in the SAF supply chain to inject capital, offtake commitments, and other support directly at the project-development level, helping to reduce risk, offset project development costs, and catalyse SAF supply market growth.