New types of energy such as biofuels have been gaining ground over the past 10 years in the field of transport, gradually opening the way for a new energy era. Supporting this transition, Axens is the single source supplier for Futurol™ technology commercialization, a simple and integrated production technology optimized for converting cellulosic feedstock into Bioethanol.

When first-generation biofuels came into play in the late 70’s, they first showed promising results with regard to greenhouse gas emissions savings (GHG), making them an attractive option for the different modes of transport. At the same time, because they originated from crops, increased food-based biofuels production started raising concerns around the impact they would have on food supplies and prices over time. Along with new challenges around climate change, the energy industry soon questioned the ability of first-generation biofuels to stand for sustainable substitutes for oil-production. As a response to this, second-generation biofuels, made from cellulosic feedstock (straw, wood, grass) and also known as advanced biofuels, were born.

Developed since 2008 by a consortium of four R&D partners (IFPEN, INRA, Lesaffre, ARD), Futurol™Technologies addresses these challenges through the production of second-generation bioethanol from various biomasses suitable for fuel and chemical applications alike.

Three key milestones have been achieved to develop the technology at industrial scale. 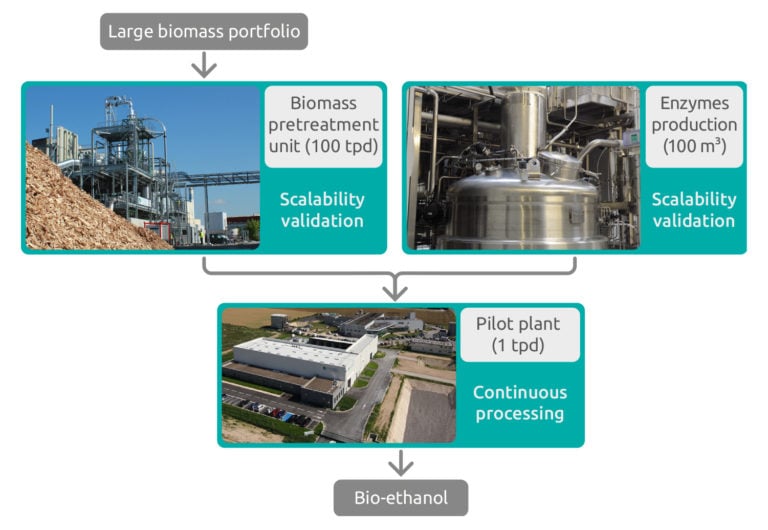 From the lab to the factory floor

Various biomasses were tested in the development phase to ensure the scalability of the Technology, including: wheat straw, corn cob, corn stover, rice straw, sugarcane bagasse, miscanthus, poplar and bamboo. Axens will test more types of feedstock over time and also makes Futurol™ pilot plant available to its customers to test their own feedstock on demand.